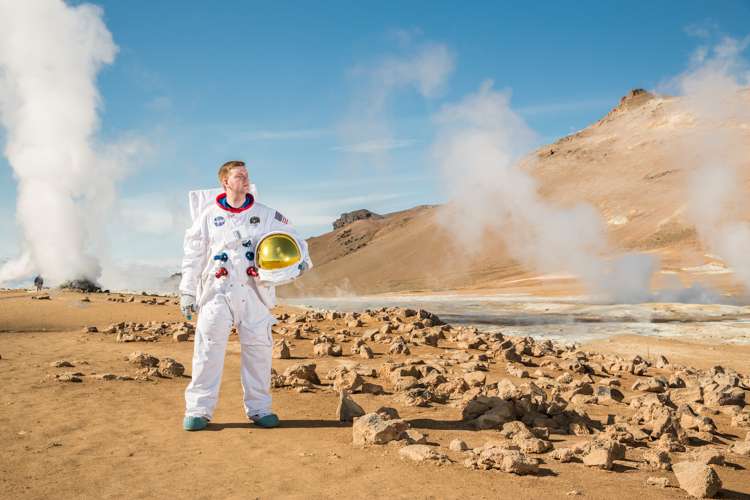 Thirty miles from the Arctic Circle, in Husavik, a town with 2200 souls, a small but ambitious museum invites visitors to experience stories of exploration – including the most complete explanation of Iceland’s own “lunar mission” as a training location for the Apollo astronauts.

“The Exploration Museum tells stories of all types of exploration – from the Vikings to caves outer space.  The common themes – human curiosity and the desire to uncover something new,” said Örlygur Hnefill Örlygsson (Orly), the museum’s founder and leader.

The story of “Iceland’s Lunar Mission”

Orly’s own interest in exploration dates back to his early childhood, to the time of NASA’s Challenger Space Shuttle Disaster. In spite of the tragedy, Orly began to develop an interest in space and in the reasons why people were interested in heading there.  “My mother bought me a book, I was so interested – in space, planets, space suits, and even though I focused on other things when I was 10-25, my interest was re-sparked when I found out that the Apollo astronauts had trained here.”

“I was reading a book of old newspaper articles and saw an article, but also noticed there was not an effort to put the whole story together, which dated from two training missions in 1965 and 1967. So I started to gather the oral history of the event – locating the people involved, the drivers, journalists, and caterers, and they had a lot of stories to tell.”

“I managed to get some good stories and some amazing photos, which form the heart of the exhibit,” Orly added.

In collecting the stories, Orly noted a number of themes: 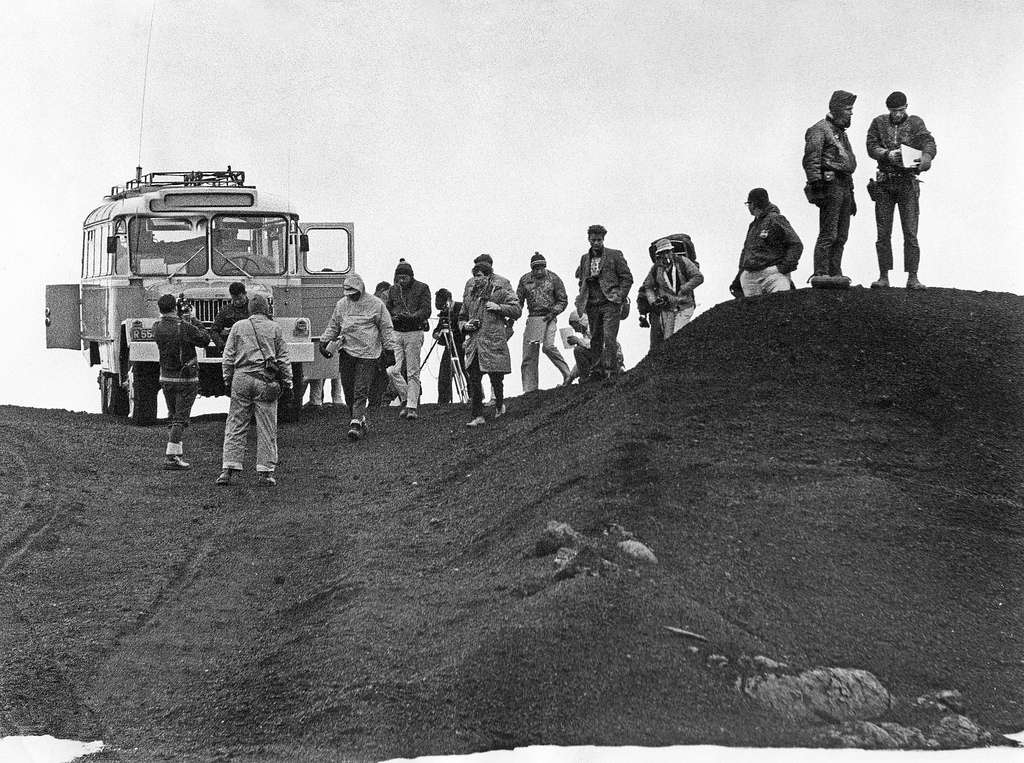 The Exploration Museum’s exhibit is built around these stories and photos, but also includes personal items from the astronauts, an Icelandic coin from the astronauts’ first trip, rock samples used during the geology part of the training and even a small moon rock.

Exploring beyond the museum

As part of the Exploration Museum’s mission, Orly and his team also offer interested travelers opportunities to visit some of the locations where the astronauts trained. “We can take people to all of the places, and we have actually had eight of the thirty two astronauts come here with their families.”

The mission of the museum also focuses on stimulating the spirit of exploration more broadly.  Every year, the museum hosts the Explorers’ Festival, where up to eight explorers from around the world come to exchange their stories, be they astronauts, cave specialists, or even scuba divers. Aside from sharing their stories, they share their art, sketches, poetry and music, and the Leif Eriksson Awards are given for life exploration achievements and for young explorers.

Here is a video focusing on how Iceland and the area near Husavik can be used for training purposes for future astronauts.

For those who make the six-hour trip from Reykjavik to Husavik (or the faster but pricey AIr Iceland Connect flight), there is much to explore in the nearby area, including glaciers, fjords, bays and opportunities to get out onto the sea.  In the summer, it is also possible to drive across Iceland to Husavik through the stunning and largely untouched Icelandic Highlands.

If you are interested in being a part of an extraordinary trip visiting the highlands of Iceland and specially chosen locations, a cooperation of The Exploration Museum and Iceland Unwrapped, please have a look at www.moontrip19.com

Travel time can be in August and September 2019 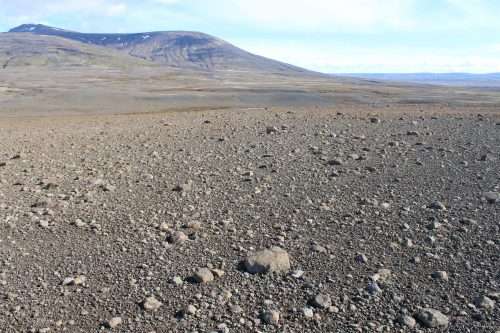 This trip combines the wonders of Iceland with an adventure of a lifetime in the highlands and with a tailor made exploration trip in the Husavik area. This trip is for groups of families, friends, workplaces or anyone that would like to explore extraordinary nature, get to know the history of the exploration to the moon with experts in the field, don´t hesitate to contact us. All you need is a group of minimum four and a dream to do a trip like no other.

More information on the Exploration Museum can be found on their website www.explorationmuseum.com

Photos by Helga Stina – Frida Hjaltested and courtesy of The Exploration Museum in Husavik.